Posted at 16:50h in Uncategorised by Manpreet Panesar

A sudden and marked increase in the numbers of wildlife incidents that involve the powerful rodenticide brodifacoum has been identified by the government-run Wildlife Incident Investigation Scheme (WIIS). Some involve either negligent misuse or intentional abuse to harm wildlife. 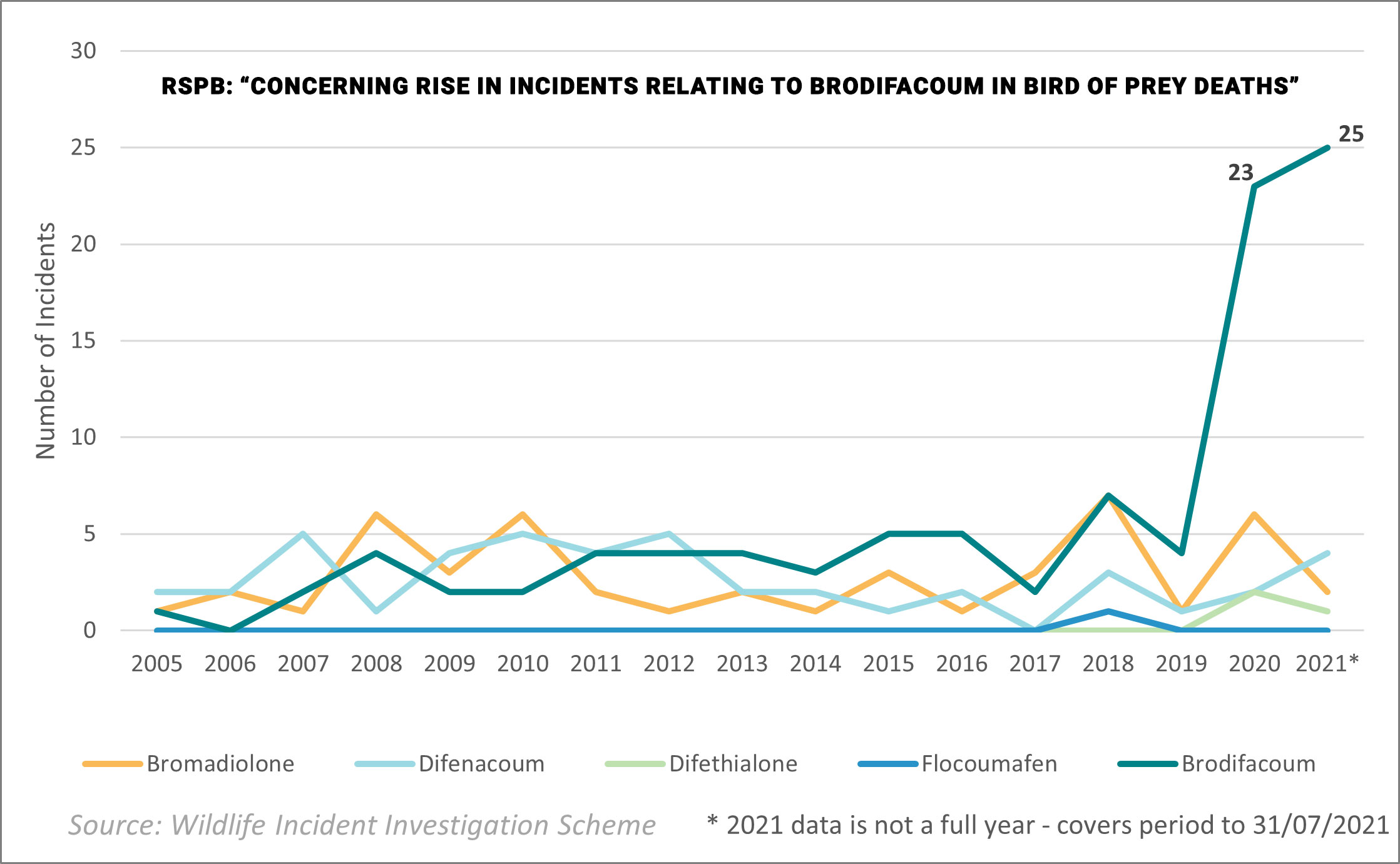 Chairman of the Campaign for Responsible Rodenticide Use UK Dr Alan Buckle cautions that continued misuse and abuse of rodenticides risks more restrictive regulation. “This could mean some user groups no longer have access to these products, or that some use scenarios are no longer allowed, possibly both,” he says.

“The recent high profile death of a rare bird of prey for example was the result of one such incident and WIIS has evidence of many more involving other raptor species.”

On all rodenticide product labels, manufacturers have to include specific instructions required by the government regulator, the Health and Safety Executive (HSE). Failing to follow these, whether deliberate or unintended, is illegal and risks users being prosecuted.

To address wildlife poisonings and help rodenticide users avoid prosecution, CRRU is issuing clarification of what is allowed under three commonly misunderstood or ignored label phrases. “These involve products used outdoors, either around buildings or in open countryside, and in rodent burrows,” says Dr Buckle.

1. ‘Outdoors – around buildings’ allows bait to be deployed ONLY to treat an infestation of a building. The ‘outdoors’ part means that baits can be put down outside the building to control an infestation within, provided all label instructions about protection of bait placements are followed.
With a similar meaning, ‘In and around buildings’ is also used on some labels. This phrase also allows use outdoors to control an infestation of a building and permits bait application within the building as well.

2. ‘Open areas’ covers treating an infestation of rats, but never mice, that is NOT DEMONSTRABLY associated with a building.

Among anticoagulant products, ONLY those containing difenacoum and bromadiolone are authorised for use in ‘open areas’. Products containing brodifacoum, difethialone and flocoumafen MUST NEVER be used in ‘open areas’ away from buildings. It is an offence to do this and may lead to prosecution. This is to protect wildlife from these more potent substances.

3. ‘Burrow baiting’ is permitted on some product labels and means that baits can be applied directly into rodent burrows, generally outdoors. This is ONLY allowed away from buildings IF the product label says that BOTH burrow baiting AND ‘open areas’ use are allowed.

To help rodenticide users avoid prosecution for illegal use, even if unintended, and protect the future availability of second-generation anticoagulants, CRRU is also preparing a factsheet to distribute as widely as possible over at least the next six months. Its core message will be: Always read labels carefully before you use rodenticide products and employ all applicable label requirements.