Rodenticide regime calls for no exceptions, bad apples or excuses

The first two years with all stewardship elements in place have seen “stubbornly intractable” rodenticide residues in barn owls, says the 2019 Annual Report from the UK Rodenticide Stewardship Regime.

For the regime to be a success, “conscientious compliance” with stewardship principles by all rodenticide users is essential, according to Dr Alan Buckle, chairman of the Campaign for Responsible Rodenticide Use, which co-ordinates the regime.

“Even though it may be too soon for widespread responsible use to feed through complex biological systems to sentinel monitoring in barn owls, a responsible majority employing best practice will not be enough,” he urges. “It’s a must for everyone: no exceptions, no bad apples, no excuses.

“Please be under no illusion: lasting reductions in rodenticide residues carried by non-target wildlife are expected by the regime’s Government Oversight Group. Without good evidence, we can anticipate more restrictions on how rodenticides can be obtained, used, and by whom. Clearly, this places responsibility squarely in users’ own hands.”

Among positive changes noted in the report, more than 23,000 pest control technicians, gamekeepers and farmers have completed approved training courses and become certified as competent users.

There are 17 stewardship-approved farm assurance schemes whose 94,000 members are inspected against standards for rodent pest management that comply with the CRRU Code of Best Practice.

Dr Buckle acknowledges what significant achievements the regime has achieved since its 2016 introduction. “Stewardship in day to day practice has only become possible with immense commitment and funding from manufacturers of all the 700+ products on sale in
the UK,” he says.

“Right now, this latest annual report underpins why continued vigilance and commitment to rodenticide stewardship is essential from everyone involved.”

The report can be downloaded from the HERE. 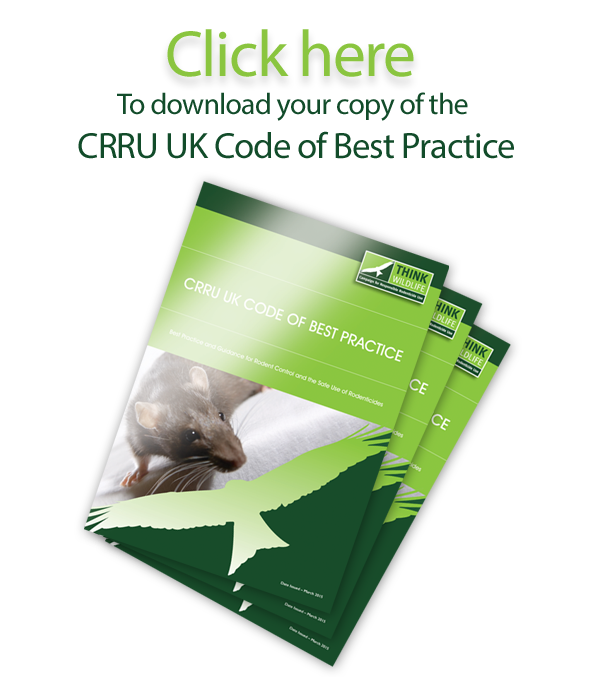